Franklin Insurance Agency, Inc. was originally founded in 1920 by Alvin B. Jordan and was known as A.B. Jordan Insurance. In 1928, Alvin’s son-in-law, Harry E. Biery, took over the agency and changed the name to Biery Insurance.  Mr. Biery ran the company providing insurance services to the Franklin area until 1958 when Mr. Biery’s son, Harry E. Biery, Jr. took over the agency. The agency remained in the Biery family and remained a staple of Franklin, Pennsylvania. In 1981, a new era for the company began when MCV, Inc. of Titusville purchased the agency followed by the agency being purchased by D. Charles Graham and David F. Ballard in 1989. This final transition brought us the company we know today as the name was changed to Franklin Insurance Agency.

We are Independent Agents, free to choose the best carrier for your insurance needs. We do not work for an insurance company; we work for you. We work on your side when you have a loss and follow through to see that you get fair, prompt payment and service. Franklin Insurance Agency represents a carefully selected group of financially strong, reputable insurance companies, therefore, we are able to offer you the best coverage at the most competitive price.

What is an Independent Insurance Agent?

When you decide to buy a car, you wouldn’t purchase the first one you see. What if one day the automobile industry decided to make only one type of car, one make and one model. You wouldn’t have a choice!

The same situation holds true for insurance. You need insurance to drive a car, to purchase a house, to protect your family’s financial future and to run a small business. But if there was only one insurance company that offered only one type of insurance, car insurance, home insurance or businessowner policy — you wouldn’t have a choice. The only solution would be going to that one company.

When you buy insurance, whether it’s for your home, your car or your business, you want an advocate who will properly assess the risks you face and give you an objective analysis of the marketplace, it’s up to you to make the final choice. 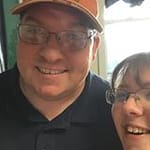 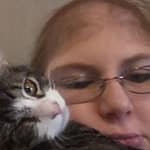